Difference between revisions of "Serum of Blistering Heat"

The Serum of Blistering Heat is one of the four powerups in DUSK. It can first be found in E2M5: The Escher Labs and appears in several levels throughout The Facilities and The Nameless City.

The Serum of Blistering Heat resembles a syringe filled with a sparkling red liquid. When picked up, the game will enter "bullet time" automatically. The game will accelerate to normal speed while the the player is shooting or moving and will bounce back to bullet time once the player stops. The modified time scale applies to the level itself: all projectiles, enemies, sound effects, music, and props follow the speed alterations.

In bullet time the game will move at a 0.05 time scale. Serum lasts for 15 seconds, which becomes five minutes without control feedback.

Weapons that have a slow fire rate such as the Hunting Rifle are not worth using with this powerup. Fast-firing weapons are better as the Serum allows for time to aim every shot.

The Serum is useful for dodging multiple enemy projectiles at once or increasing the player's reaction time against enemies. Melee enemies such as the Wendigo or Priestess cannot be easily dodged by the effects of the Serum.

Due to a quirk of the engine, the Crossbow's high recoil is magnified about ten times while a Serum is active. When shooting the crossbow down, the player will have a "rocket jump" with both no self damage and a higher boost than using the Riveter. Shooting multiple bolts using this method allows you to sequence break many maps. 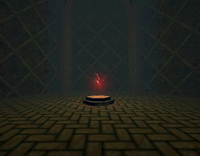 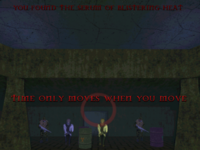